When I was in high school, our gym teacher called us by our last names, which I think was just to fulfill some sort of stereotype. This backfired one year, because two guys, not related, had the same last name. Instead of being smart, he chose to give one of them a nickname. I don’t think it ever occurred to him to actually use the name their parents provided as unique identification. That would make way too much sense for a gym teacher. 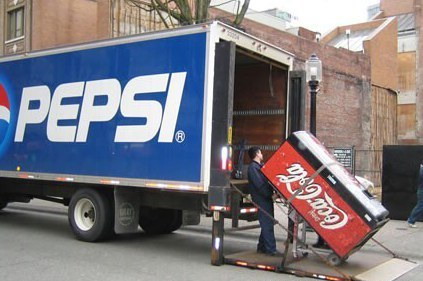 Deciding on a name for your company is hard enough, but when it comes to a product name, it is an even harder choice. Brand recognition and identification is studied and scrutinized by marketing geniuses all around the world. Color schemes, logos, font size and style, are all components that help your customers identify you and your company. People go to school for years to understand the intricate skills needed to be an expert on branding and marketing.

So, when you spend loads of time and money to produce a company name, a company logo, the right colors, fonts, size, shape, location, and a specific marketing scheme for your first product, you probably feel pretty confident and hopeful that your marketing is going to work.

But it doesn’t. Instead, uneducated, lazy media morons throw buzzwords into their ‘news’ articles, and as usual, begin propagating bad info. I’ve heard plenty of journalists, podcasters, and even ‘experts’ in the VR space, use the name Oculus when they are specifically talking about the Rift.

It’s not that hard, folks. Let me educate all of you:

To clear up even more confusion, let’s look at the Gear VR. This is a product manufactured by a company named Samsung, so the product should be referred to as Gear VR, or Samsung Gear VR. If you look at the side of the product, it says ‘Powered by Oculus‘, but it is technically not an Oculus product.

Nobody refers to the Vive as the HTC. Why? Because HTC was an already established company with hundred of prior products. People sometimes DO correctly refer to it as the HTC Vive. Oculus is new, so the struggle is very real.

If I referred to every product made by the company that makes it, things would get confusing. I could wander into an office supply store and ask for a Hewlett Packard, and assume that the sales clerk will know exactly what I want. How about a Microsoft? I need one of those too. While I’m out, I’ll stop at the grocery store to pick up a few things. I need some cereal, so I’ll grab a box of Kellogg’s, and maybe for lunch, I’ll get some Kraft.

There are some that say, ‘The Oculus headset.’ While this is technically correct, it still is not a proper name. Consider that I am using ‘The Microsoft OS’, or playing on my ‘Sony console’.

Names are given for the purpose of giving a unique identifier that doesn’t require additional questioning to accurately identify something.

The more we ignore this problem, the harder it will be to fix it. In the beginning, even Oculus themselves were adamant about calling it the Rift, but they have seemingly given up on correcting people.

Don’t give up. Keep fighting. Correct people. Stay the course.