That’s it folks. Everybody go home. It’s over.

Didn’t you hear? VR is officially dead. At least, that is what some media outlets are saying.

Apparently, some people consider bashing a new technology to be news. At least once a day, I read an article that states how overblown or inflated the VR industry has become, and that it is heading towards it’s ultimate demise. Some of this stems from news that analysts MAY have over estimated the market value of immersive technology in 2016 (they did.) Some of it stems from the fact that VR startups all across the globe are failing and shutting their doors (they are.) 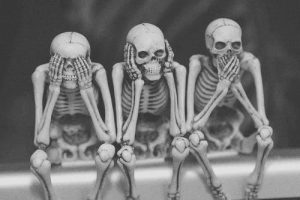 Analysts need to shut the hell up. Stop publishing numbers based on… nothing. It’s a new market/medium/industry. How in the hell can you possibly consider yourself an expert or authority on something that JUST STARTED. Oh, you have vast knowledge on similar industries? Show me your track record. Show me that all of your previous stats are correct. Let’s call these analysts out and make them prove themselves worthy of our attention. It is very possible that one or two of them are more successful or accurate than others, but how do we, the tech community, know which ones to trust? We need an analytical reckoning.

Startups fail. Some stay alive. That is just the fact of tech life.

The National Venture Capital Association estimates that 25% to 30% of venture-backed businesses fail. According to U.S. Census data, only 48.8 percent of the new establishments started between 1977 and 2000 were still in business after five years.

Depending on what publication you read, it is estimated that up to 90% of startups will fail. The immersive technology industry is not going to be any different. When I look at some of the failed startups in the VR space so far, I have to admit that I gave a small, “Meh.” No big surprises, and no big names to shock the VR community. Heavy amounts of money are being dumped into immersive tech from big players such as Facebook, Microsoft, Sony, Samsung, etc. Individually, each of these folks have put out some really good, and really bad tech. Together though, I fail to see them all betting on the same wrong horse at the same time.

‘There isn’t enough software or games available!’
‘The hardware is too expensive!’
‘Nobody wants to wear a headset all day!’

I’m not going to cite references to stats from 2008 when the smartphone industry was still in its infancy and barely any apps existed in the stores. I’m not going to rebutt the cost of new tech or the desires of the average consumer about wearing tech. These things have proven themselves, over and over again, to be problems that disappear once the VALUE of the tech is recognized globally.

Here is the truth…

Patience is a virtue that some media outlets don’t seem to possess.

VR isn’t dead. It was just born not that long ago. Soon, it will learn to walk, to talk, and eventually mature into its full potential. Saying VR is dead is like saying a baby is a failed human.