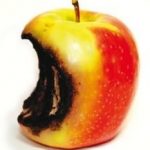 For the last few months, I have been listening to all of the prophecies regarding Apple and their venture into the Augmented Reality space. The world is being told that the next incarnation of the iPhone will be THE answer to unlocking the potential of AR and bring the ultimate consumer friendly solution to the masses. While everyone waits with bated breath for Apple to unveil its next miracle device, I can’t help but wonder exactly what fantastic features it might provide.

I feel like some simple questions need to be answered first.

Why do you want Augmented Reality?

What features of AR appeal to you the most?

Why do so many people say that AR is going to supersede VR?

One of the biggest complaints by VR naysayers is that being removed from the real world via an enclosed headset is both isolating and potentially dangerous. AR headsets give the user full awareness of their environment, and also provides the ability to interact with the real world, and more importantly, other people.

The current AR space is very small. Microsoft has their Hololens, which suffers from a low field of view and limiting hardware. Other AR headsets, like the Meta 2 and Magic Leap, are still waiting to show off their potential, and will be first generation consumer products with their own unique features and limitations. 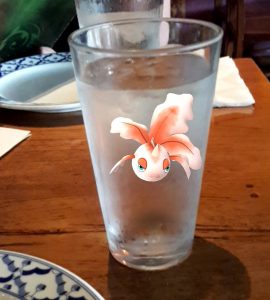 I would be a fool if I didn’t include the phenomenon known as Pokemon Go. I struggled for a while with calling this Augmented Reality since I played it for several weeks without my camera on, and enjoyed myself immensely. Knowing that I could experience full game play without the novelty of seeing Charmander in my Cheerios lead me to the initial conclusion that this was not a true AR app. But after some deep contemplation, and to keep myself from being lynched, I have conceded to calling Pokemon Go the simplest form of AR available in the current market.

When I talk to average consumers about Augmented Reality, they seem to think that this technology is going to provide them with certain magical abilities. Here are some of the features I’ve been told they expect:

When I look at someone’s face, it recognizes them and puts info about them in my vision.
When I look at a restaurant, it puts the menu in front of my eyes.
While I’m driving, the GPS will overlay on the road and show me directions.
I can read email/Facebook/Twitter/SMS while driving/in a meeting/at church.
I can watch a movie on a huge wall in my house that only I can see.
I can talk to Holograms of other people, and they can see me. 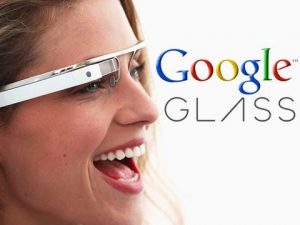 If you read this list of features, you start to envision a device that sounds similar to what Google Glass offered. For those of you who don’t remember Google Glass, it was a pair of glasses with a small passive display on your right eye that provided several of the desired features listed above. The problem with Google Glass was that it was a $1500 dollar device and the built in camera created a gigantic privacy concern. Google glass was NOT an Augmented Reality headset. It was a HUD.

A HUD, or ‘Heads Up Display‘, allows the wearer to see relevant data on a display without having to turn their head. The difference between a HUD and an AR headset is that an AR headset will have the ability to track or recognize the real world. It is critical that a true AR headset is aware of its surroundings, or the digital content will not interact accurately with the real world. A HUD has very little concern for this since the content is only being displayed in one location, right in front of your vision.

I believe that there is a great amount of confusion about what features are going to be available in an Apple AR solution. As a developer in the VR/AR space whose team has successfully designed multiple VR and AR enterprise solutions, I see a huge value in true AR. Construction, Real Estate, Design, Medicine, and many other verticals will benefit from TRUE Augmented Reality. To be a hit with average consumers, an AR headset needs to offer the things I listed above. Then again, most of the things listed above are simply HUD features.

If all we get is a glorified HUD from Apple, I don’t see AR coming anywhere close to superseding VR. Millions of consumers have already accepted VR into their lives. I’m curious to see what sort of headset solution Apple can provide that will convince folks to buy their muddled definition of Augmented Reality and see it having higher value than VR.